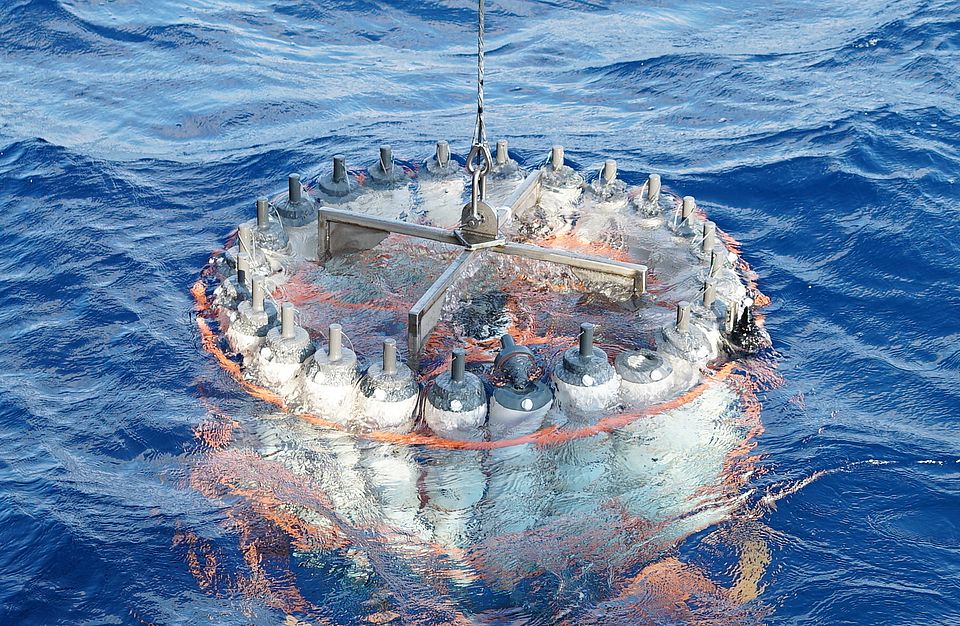 CTD rosette going into the water 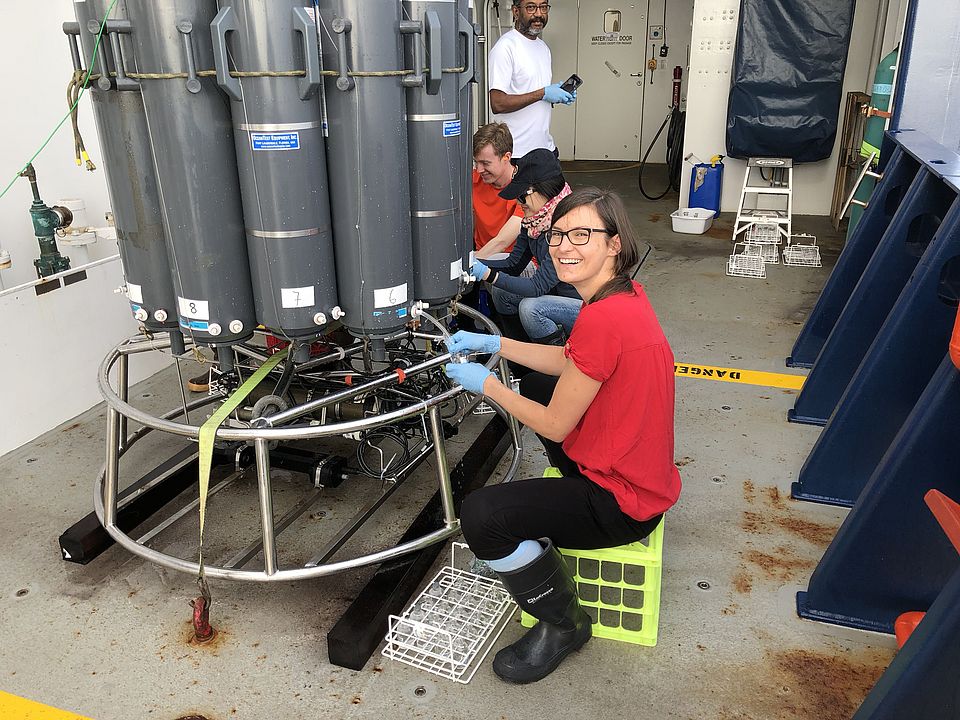 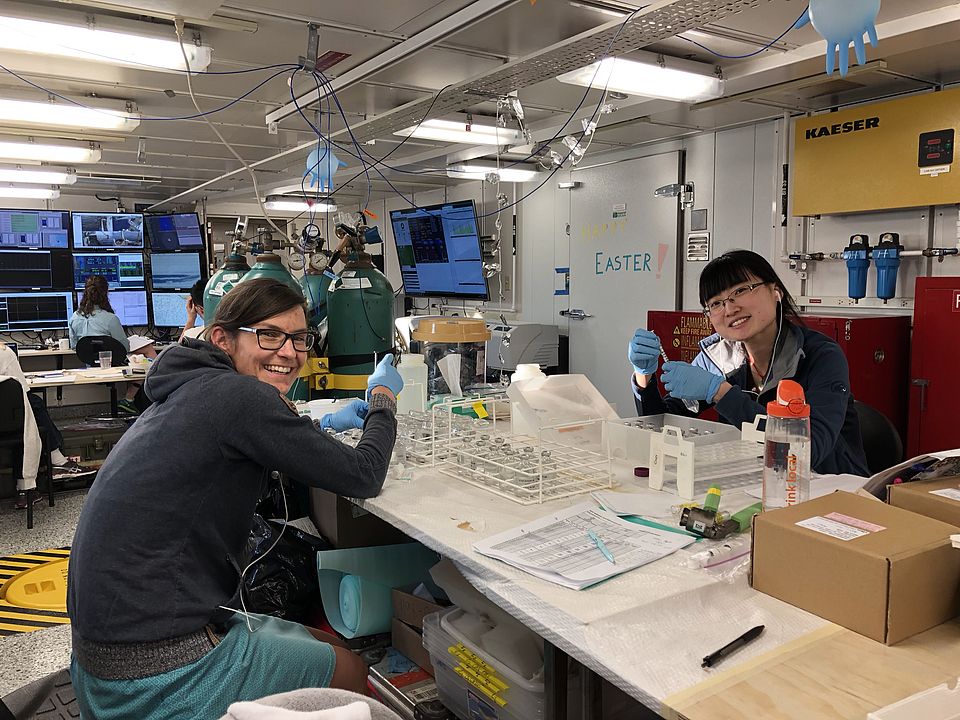 Nitrous oxide (N2O) is an important climate-relevant atmospheric trace gas with a radiative forcing ~300 times higher than the global warming potential of carbon dioxide (CO2) over 100-year time scales. The ocean is a significant natural source of N2O, although the exact pathways of N2O production are poorly characterized. The largest oceanic N2O concentrations and atmospheric fluxes seem to be associated with N2O production in oxygen minimum zones (OMZs) of the ocean (for example, the Eastern Tropical North Pacific and Eastern Tropical South Pacific). In these systems, denitrification, the stepwise microbial reduction of nitrate to dinitrogen gas (N2), produces N2O as an intermediate. At the rim of the OMZ, under oxygen-deficient/microaerobic conditions, deviations from expected ratios of excess N2O and the apparent oxygen utilization suggests enhanced N2O production by both nitrifiers and denitrifiers. Here, nitrifying and denitrifying microbes can co-exist, and it is a challenging task to distinguish the pathways of N2O production and to understand the environmental controls on their relative importance.

Hydrochemical data and water samples were collected earlier in 2018 during a cruise on R/V Sally Ride to the OMZ off the coast of Mexico. We performed 15N-label based incubation experiments and mass-spectrometric analyses to assess pathways of N2O production in the study area. Specifically, we address if, and how, substrate concentrations (nitrate, nitrite, ammonium), organic matter availability, and oxygen influence N2O production through ammonium oxidation, nitrate and nitrite reduction.

Find out more about science at sea:
https://www.princeton.edu/news/2018/09/18/science-sea-bess-ward-teaches-and-researches-south-pacific